On Behalf of Haug, Farrar & Franco, PLLC I Workers Compensation

Make sure your Mississippi workers’ compensation lawyer is getting every last dime for your future medical treatment. Just last week an insurance company on one of our workers’ comp settlements refused to include the cost of steroid injections for ongoing shoulder pain after shoulder surgery.

When you appear in Justice Court for your first court setting you may hear this from the Judge:

If you are charged with a crime, you will be asked whether you plead Guilty or Not Guilty.

-Sometimes people want to complain about a law enforcement officer

-The Justice Court Judges do not supervise law enforcement officers

You have several Constitutional Rights:

-To trial by jury

-To confront and cross-examine adverse witnesses (any witnesses against you)

-To compel witnesses to appear to testify

-Against self incrimination (not required to testify against yourself)

If you plead not guilty:

If you fail to appear on your trial date

A warrant for your arrest may be issued

You may be prosecuted in your absence

If you plead guilty:

I will assess the penalty today

I must be satisfied that:

You understand the nature and consequences of your plea

You understand that by pleading guilty you waive your constitutional rights

Your guilty plea is voluntarily and intelligently made

Voluntary – Not induced by fear, violence, deception, or improper inducements

There is a factual basis for the plea of guilty

Depending on the crime, all or part of a jail sentence may be suspended

If jail time is suspended, you aren’t required to serve suspended jail time unless you:

Fail to follow any order given by the court

If jail time is not suspended, you will be required to serve that jail time

For certain crimes you may be placed on probation

If the Probation is Supervised:

You must meet periodically with a probation officer

If you violate probation:

May be required to serve any suspended jail time

May be charged with Contempt of court

If you are charged with more than one crime and if each carries potential jail sentence:

If you plead guilty or are found guilty:

Jail sentences can be:

If you are charged with DUI and you plead guilty, nolo contendere (no contest), or are found guilty at trial:

You will be ordered to attend MASEP class

School meets one night per week for four weeks

Must be completed in order to get driver’s license reinstated

You will be ordered to attend Victim’s Impact Seminar

Meets one night for about 4 hours

If this is your first offense of DUI and you are not accused of refusing to take the breath test:

This court has no authority to handle a hardship request

If you are charged with possession of marijuana or paraphernalia or any controlled substance and you plead guilty, nolo contendere (no contest), or are found guilty at a trial:

If you are licensed in another state, that state will be notified of your license suspension

If this is your first offense:

This court has no authority to handle a hardship request

If you are a minor charged with a traffic offense other than a DUI and other than violation Uniform Controlled Substance:

If you plead guilty or nolo contendere (no contest) or are found guilty:

If you are an adult charged with a traffic offense other than a DUI:

If you plead guilty or nolo contendere (no contest):

You may be eligible to participate in a traffic safety violator course which would result in no record of the violation on your driving record if:

You have a valid Mississippi driver’s license or permit

You pay the fine, costs, assessments, and an additional $10 fee

Within 90 days, you provide proof that you completed the traffic safety violator course

If you are charged with domestic violence and you plead guilty or nolo contendere (no contest) or are found guilty at trial:

If you are not a US citizen:

Within 30 days of the date of your conviction, in the County Court you must file:

Notice of appeal, Appearance bond, and Cost bond (minimum of $100 to maximum of $2,500 per conviction)

2016 was the law firm’s most successful year and we’re looking forward to even bigger and better things in 2017! This week also marks one (1) year that we have been practicing law at our current location, 528 Jackson Avenue, Ocean Springs, MS.

Jonathan Franco brings a long list of accomplishments to the firm. He has successfully tried personal injury and insurance dispute cases to jury verdict in both state and federal courts in Mississippi and has received favorable judgments in complex, high asset divorce trials. 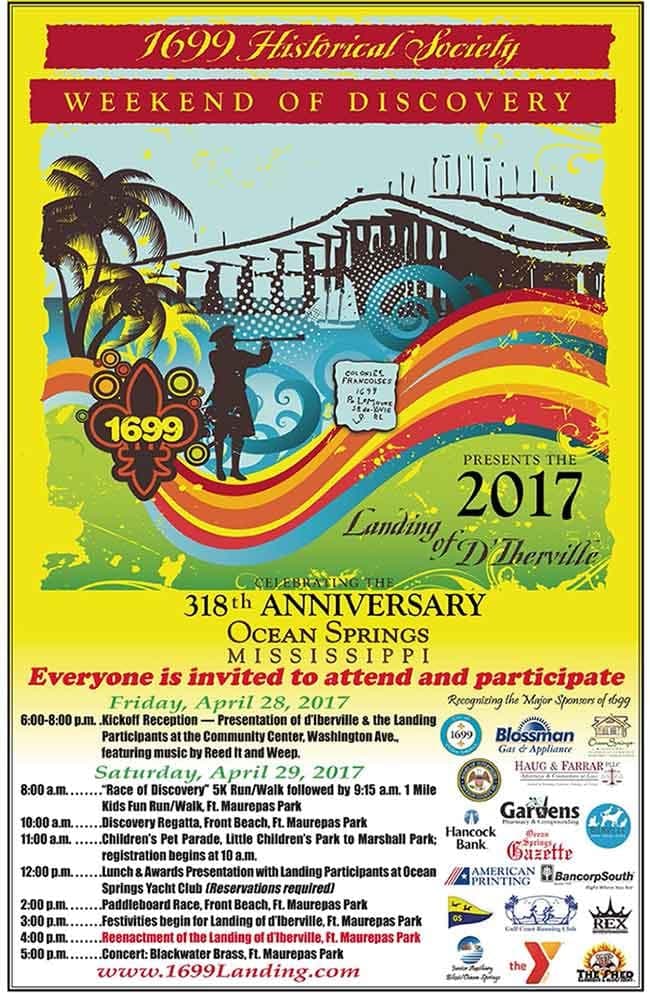 You may have seen Stopher Haug on WLOX news talking about the event and if you show up on Saturday, you’ll be able to catch Todd Farrar dressed as one of the explorers, Sieur Laurens de Graaf. The staff at Haug & Farrar have been busy behind the scenes making sure things run smoothly at this weekend’s events so a big shout out to Debbie, Erin & Heather!